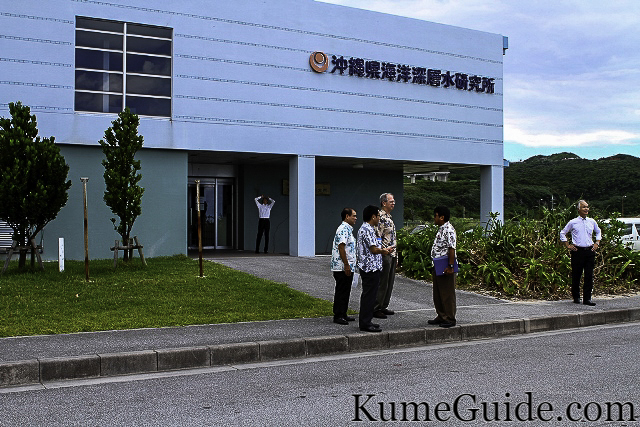 The Okinawa Prefectural Deep Sea Water Research Institute is located in the Maja district of Kumejima. North of Kumejima the sea bed drops away several hundred meters creating a unique opportunity to study deep sea water, its uses, and properties without having to travel into open water. Using a series of pipes, the institute is able to bring the cold, mineral rich water onto Kume Island for study. Though the Institute has only been operating for a few years, they have already found a number of uses for the rich mineral water, which is being used in a number of local industries. The institute maintains a number of active experiments while aslo coordinating with other research stations and projects around the world. In 2013, an OTEC (Ocean Thermal Energy Conversion) Power Plant was completed on the institute grounds to study the use of deep sea water in clean energy production. While the facility is not open to the general public, there is an information and tourist shop next door that features many products developed from Kumejima's Deep Sea Institute. Stop by to see live specimines, sample products, and relax in a cool environment. 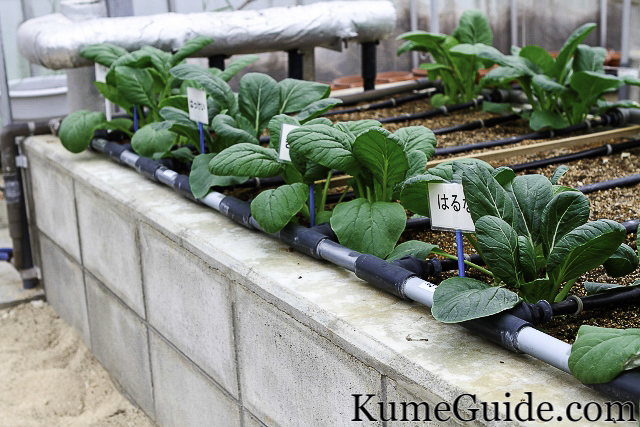 Though Kume Island's temperature is relatively stable due to its island geography, the warm temperatrues during the summer months significantly limits the types of produce that can be grown locally. Since Deep Sea Water is very cold, it can be sent through pipes buried under soil to cool the soil enough to grow some winter plants, even in the midst of summer heat. The Institute maintains a farm to test different configurations and plants to find the best way to harness the power of cold water, and hopefully provide new ways for communities to feed the world's growing populations. 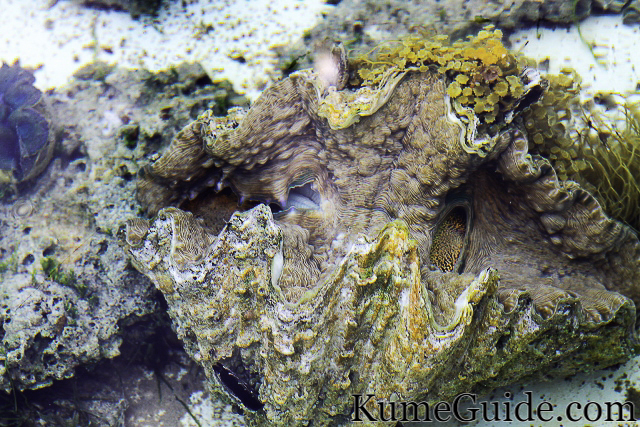 With diminishing wild fish populations, growing human populations, and millions still hungry around the world, it is critical that countries develop ways to create healthier and sustainable food resources. The Deep Sea Water Research Institute is also focusing on finding ways to use mineral rich deep sea water in the cultivation of edible marine species. As you might expect, minerals eventually drift towards the bottom of the sea. Unfortunately, the depth and coldness of the waters prevent many species from naturally living in those environments. By introducing new species to the mineral rich waters, the institute can study the effects and find beneficial ways to promote growth an health in potential food sources. 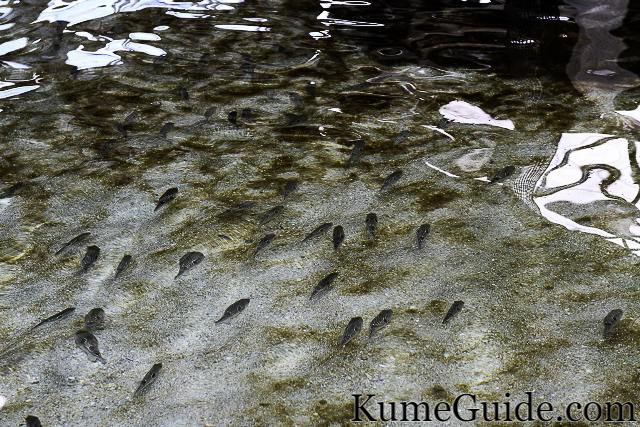 Already, Kumejima is using deep sea water to create larger, healthier Kuruma Ebi (A prawn similar to Tiger Prawns) and umi budo (known as sea grapes or green 'caviar'). Above you can see a giant clam that resides at the institue. There are also many fish pools where researchers can study different mixes and temperatures with schools of various fish species. The mineral rich water is also useful for growing healthier edible sea plants. In particular, Kume Island residents have found that the waters produce the umi budo with larger and more uniform 'grapes.' Umi Budo are a type of seaweed with small green protrutions similar to caviar. They are considered a delicacy in Okinawa, creating another useful industry for the island.

Visit the new OTEC Okinawa website for more information on OTEC on Kume Island or to make a tour reservation! 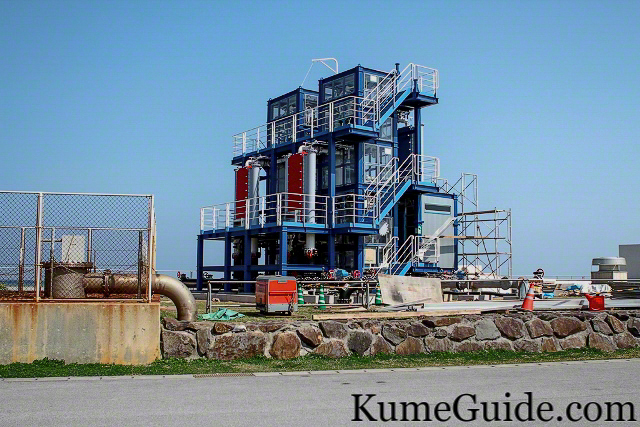 OTEC is an acronymn for Ocean Thermal Energy Conversion, or in simpler terms: a way of harnessing the difference in sea temperature between surface and deep water to turn a power-generating turbine. The OTEC plant on Kumejima was built under guidance from Saga University and the Institute of Ocean Energy. It is the only fully operational OTEC facility in the world. The OTEC plant takes in warm(er) surface sea water as well as cold deep sea water from the Research Institute. The sea water is used to cool and heat a working fluid in a closed system to drive a trubine. The only major by-product of the process is cold, mineral rich water that can be used in other industries. 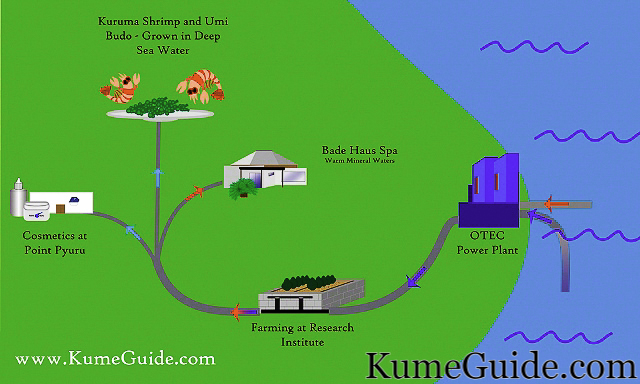 The OTEC power plant produced its first electricity in March of 2013. Researchers utlize the new building to study better ways of creating clean energy and demonstrate its technology. On June 16, 2013 the Okinawa Government and other interested parties celebrated the initialization power generation with a ceremony and reception at the Research Institute.

Deep Sea water can be used for many things. In the thirteen years the Research Institute has operated, a number of new technologies and innovation has led to the creation of new products and industry. Examples include cosmetics at the Point Pyuru company, bottled mineral water, magnesium lights, and many other items. Click above to see them all.