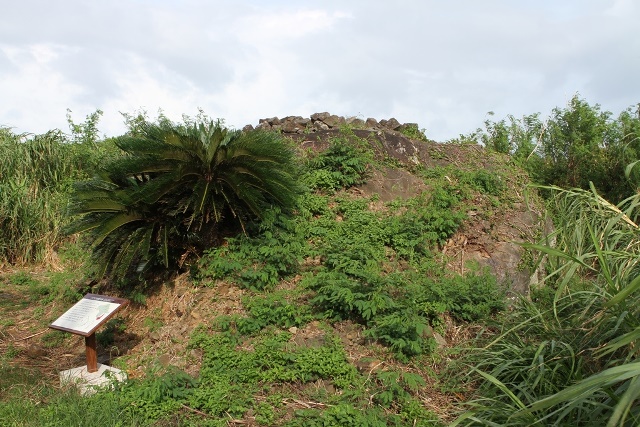 The Sonami Beacon is an interesting and inventive tool created and used during the time of the Ryukyu Kingdom. Sonami is simply the name of the location near Magari neighborhood of Kume Island where the Beacon was located. When boats were spotted on the seas, such as Chinese missions or pirates, the large fire would be lit. From Kume Island, fires would be lit on Tonaki, Tokashiki, Zamami, and evenutally could be recognized by the mainland. Think the Warning Beacons of Gondor in Lord of the Rings. Today, the platform still stands, though it has been many, many years since the fires were lit. You can reach the Sonami Beacon and nearby Namida rock by driving up the hill past the Shinou Bridge (to Oo Island). Keep going up past local ohaka and until the road turns to gravel. Pass an old rock quarry with large boulders blocking the way and you'll see two Japanese signs, park there. 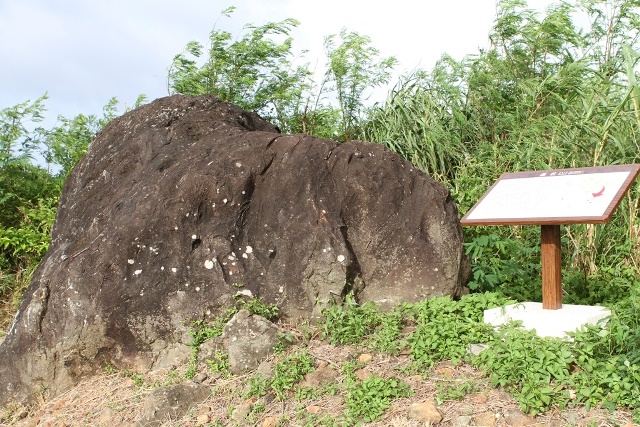 When you arrive at the top of the hill, there will be an open area where you can park your car or bike with a sign in Japanese. There are two paths, to the right is the Houkadai or Beacon, and to the left, Namida Rock. The path to Namida Rock is edged by tall grasses and plants and ends at a wide clearing with green grass and a view of the northern shoreline. To the right you will see the rock with a sign in Japanese explaining the feature.

Namida Rock's most interesting aspect is a small crevice in the shape of a nearly perfect tear.