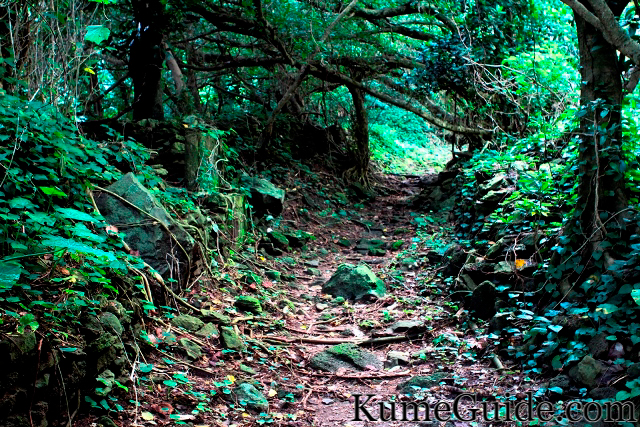 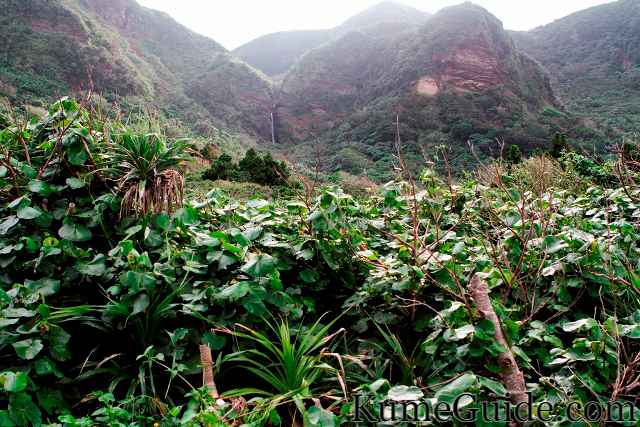 Deep in the jungle on Kume Island's northeast shore lie the haunting remains of stone walls and ancient paths. Kume Island was settled by people from different parts of Okinawa and Japan over the centuries, many choosing initial settlements near the sea for easy access to the abundant ocean. One of those original sites was at the bottom of Hiyajo Cliff. The strong north winds and occasional dangerous typhoons made the area difficult to live in. Cut off from the rest of the island by intimidating cliffs it was eventually abandoned as the villagers moved to higher and more protected grounds. 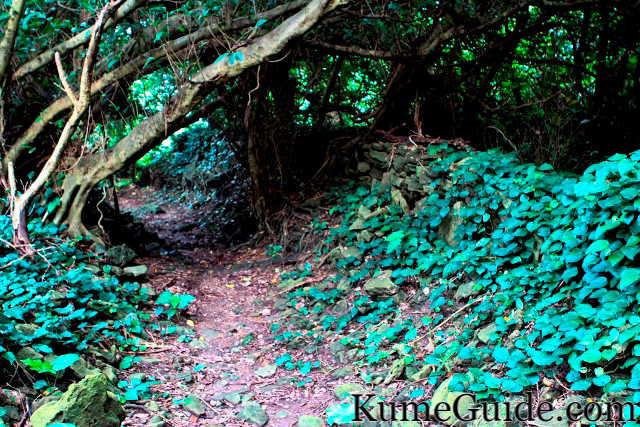 Today the ruins and remains of the village can still be seen and explored. Some locals still visit to pay respects to their ancestors during important celebrations such as obon. The location is remote but is an interesting step back into the history of Kume Island. We highly suggest you do not attempt to visit the site alone. 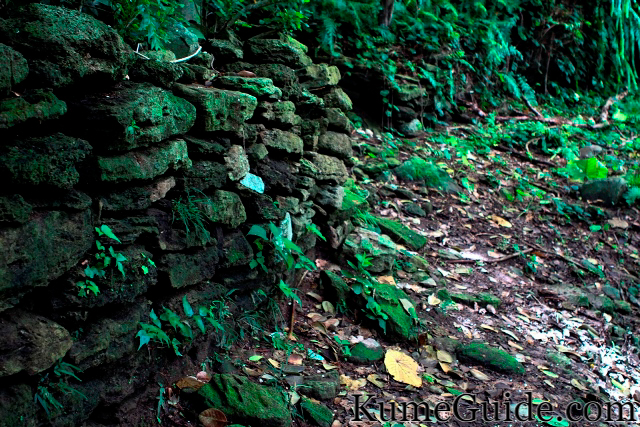