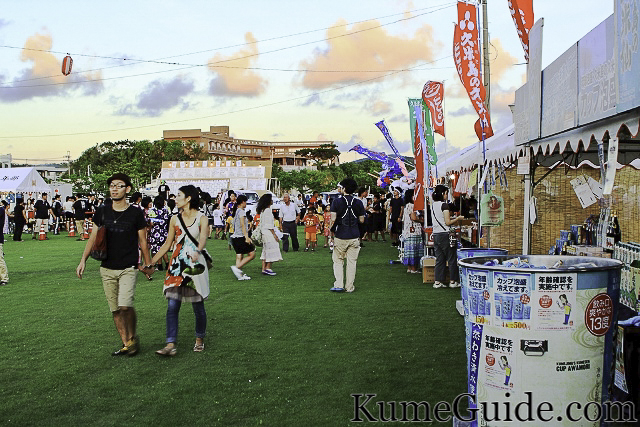 The Kume Island Festival is the largest matsuri of the year.

It is a two day event that takes place in August and as with most Japanese festivals, is a time for celebration and thanksgiving. On Kume Island, the festival has developed into a huge mix of food, entertainment, and fun.

For 201４, the Kume Festival is scheduled for August 2-3, but may be rescheduled in the event of incliment weather.

The Kume Island Festival takes place at Furiai Park, located in the Nakadomari neighborhood in the southern part of the island. 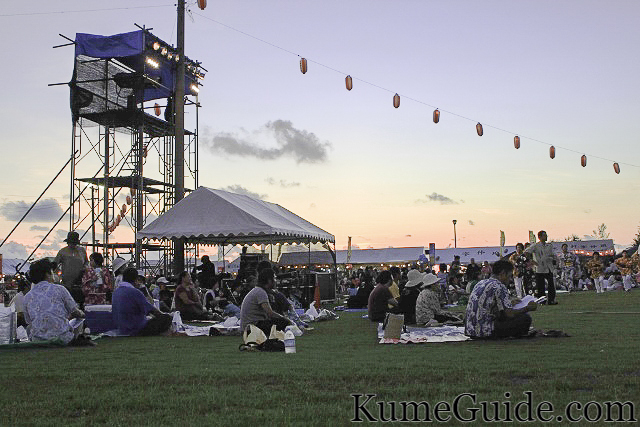 Furiai Park is a large flat grassy space before a large stage. Generally, the space is enclosed by tents with food drinks, games, and other attractions, leaving the center open for picnic style seating. The stage is the focus of the area, with multiple performances throughout the evening. The center of the area is reserved for lighting, sound, and projection booths.

This year Kume Island celebrates the return of the giant tug of war to the Kume Island Festival. The giant rope was a common attraction that took place every two to three years, but has not been seen in Kumejima for 13 years (since the combination of the two villages into one town). Celebrate at with Kume this year! 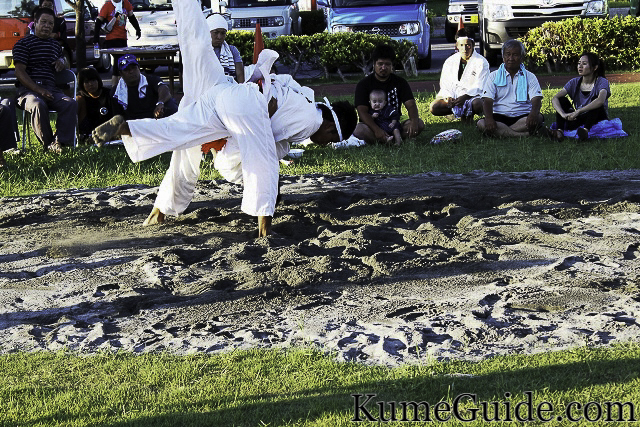 In addition to the main stage, there is also an Okinawan sumo competition that takes place along with the Festival on Day two. Sumo is an integral part of traditional festivals as it acts as a way to give back to ancestors or spirits, depending on the beliefs of the people. In modern times, it is a fun way for students to compete against each other in this traditional sport. 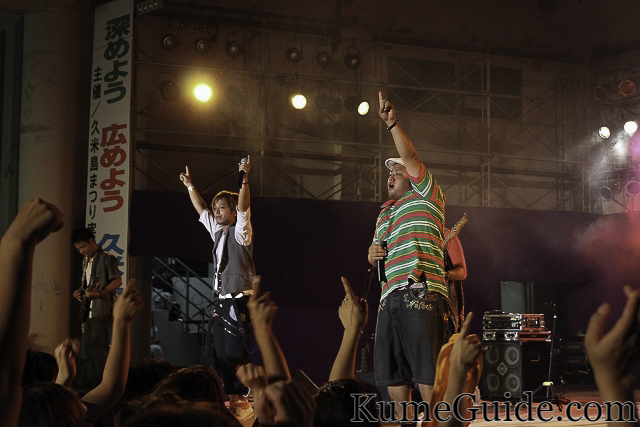