This section is under construction. Thank you for your patience. 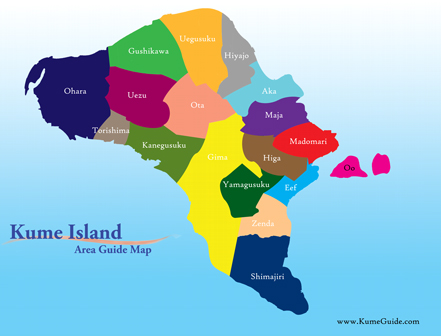 Kume Island is a large island with many sights and places to visit. It is also a land with long history and traditions. Kume Island is officially divided into more than thirty aza (neighborhoods) in addition to regions and other classifications. The map you see above, and my classifications are based off of offical lines, but have been reorganized into fewer areas for your convinience. Find out what each area has in store for you!